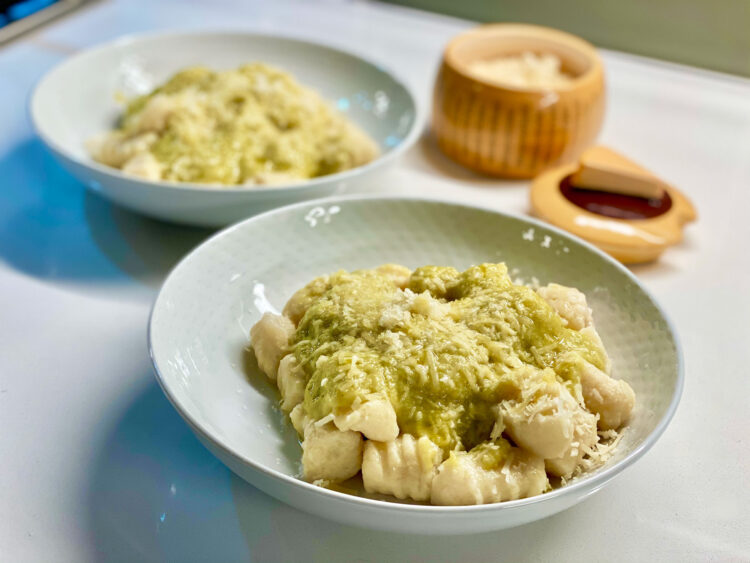 Mid October and we haven’t had steady rain in months now. Today it decided to rain cats & dogs all day so I was finally in the mood to make something that was warming and comforting.

Gnocchi are one of those simple, completely satisfying things that I make on a regular basis, especially after I learned how easy it was to make them. You can boil the potatoes the night before, take off the skins then let them sit until the next day when you will put them through a ricer and eventually combine them with an egg and flour. This whole process only takes a half an hour.

I had two leeks sitting in my fridge leftover from some red kuri squash soup that I made last week and thought that they go well with potatoes so I made them into a creamy sauce (picking some of the last cold hearty herbs I have outside in my container garden – rosemary & sage). With the addition of garlic, olive oil and butter, the sauce transformed into a luxurious condiment for my gnocchi. Andrea said it was one of the best things he had ever eaten (people that know him know thats a rare statement).